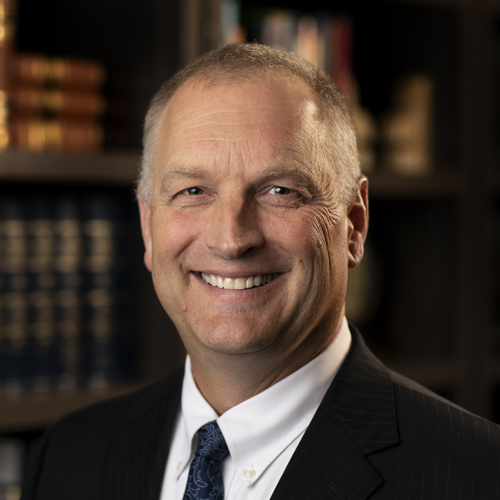 Patrick F. Nash represented defendants in criminal matters for two decades before teaming with Brandon W. Marshall and forming Nash Marshall, PLLC in 2012. Now with 30-plus years of legal experience, his practice focuses on complex criminal defense, with particular emphasis on federal matters.

Patrick is the current coordinator of all attorneys in the Eastern District of Kentucky who contract with the Court to provide defense services for indigent defendants. Over the years, he has served on a wide variety of criminal law-related committees, such as the United States Courts’ Defender Services Advisory Group, the United States Court of Appeals for the Sixth Circuit’s Advisory Committee on Local Rules, and the Sixth Circuit’s Committee on Pattern Criminal Jury Instructions. He has also served as the Vice-Chair of the United States Sentencing Commission’s Practitioner’s Advisory Group.

Although Patrick has represented an array of high-profile defendants, like public officials, attorneys, physicians, and professionals of all types, he represents with equal vigor anyone who finds themselves charged with a criminal offense. Mr. Nash has notable experience in a wide variety of cases, like death penalty murder, drug and firearm prosecutions, child pornography cases, criminal conspiracies, fraud crimes of all types, mining cases, gang prosecutions, and international extradition, among a host of others. He focuses his practice on Federal Criminal Defense, State Criminal Defense, Defense of Public Officials, White Collar Defense, Defense of Professionals, and Appellate Practice.

He frequently organizes and presents continuing legal education seminars for federal criminal practitioners. Patrick is also a recurrent speaker at the University of Kentucky College of Law, lecturing on criminal law topics.

He is a graduate of Cornell University and the University of Kentucky College of Law. Before going into private practice, Mr. Nash was a law clerk for the Honorable Henry R. Wilhoit, Jr., United States District Court Judge.